As I promised here there are the first pages of   TERRA INCOGNITA - GEOGRAPHY OF THE SOUL -(CANADA – ENGLAND – TUNISIA).  Soon to be realesed in English version , both in print edition and e-book, at a major international publishing house. Hope this trigger your curiosity! STAY CLOSE!                            A comprehensive travel journal with a lot of references from history, arts and literature about the places from three continents, seen from the personal point of view of the author.

Who am I? An underground Romanian poet, born near the Corvin Castle, in Hunedoara County, trying to find my way in the vast territories of literature.
Published books (in Romania) :

5. "Circles in the fields of words" - poems - Colorama Publishing House

The huge aluminium dragon, the Boeing plane, pierced the white fabric of the clouds, reducing speed and height. Through the duble bull’s eye, for the first time, I catch a glimpse of the territories of her majesty, the Queen of England, in the north of the American continent. We fly across Ontario region, whose name is of Iroquois origin and it means “beautiful lake”. The Pearson airport, near Toronto, absorbed, like an enormous blender, a plurality of nations. My vernacular Romanian identity vanishes between compact groups of Chinese and Arab citiziens. Rivers of genes  mixed together for flowing  over the fertile plains situaded near the Great Lakes: Superior, Michigan, Ontario, Huron ands Erie.
“Welcome to Canada, Sir!”, smiled to me a custom officer, with an olive skin and iridescence of eyes which remembered the Gange’s waters. After that, she asked me several question extracted from the forms I sent with the visa application. I answer briefly, with my distinctive Romanian accent ( my sister told me it is similar to French accent – which seems to be true  judging after the latin origin af the two langueges). Another chek point, then I recover my suitcase in which I sealed in some of Romania’s flavours. I step through the wide opening doors.
“Welcome to Canada, Mihai!”, waites for me a colourful placard and the smile of my beautiful niece, S. Almost ten years in which the “umbilical cord” between me and  my sister was just the phone cord, the pictures shared through e-mail and the Skype’s talks. Now that the time of recovering has come, we will shape new memories and put them, somewhere in the chest of the collective mind.
One of the most copious Canadian writers is Michael Ondaatje, born in Sri Lanka, in 1942. His novel, “English patient” won the prestigious Booker prize. A movie was made with the same title, directed by Anthony Minghella, with Ralph Fiennes and Kristin Scott Thomas in the main roles. The movie won 9 Oscar’s prizes.
“She had always wanted words, she loved them; grew up on them. Words gave her clarity, brought reason, shape.  Whereas I thought words bent emotions like sticks in water.” – a quote  from the novel, a powerfull metaphor about the insidious force of the words.
Night falls down and tired after eight hours of transatlantic flight and another two hours from Cluj (Romania) to Warsaw ( Poland), I take the first touch with Canadian spirit…
Half of day or night, in which I expanded my time  over the Atlantic Ocean time belt, I flew over Ucraine, where the voice of the pilot, remembered us we are flying over an unsafe , war zone.
The spirit of Taras Bulba’s cossacks, magisterially eternalized by Gogol, still masters the Russian Ucrainean steppe. The shadow of the Soviet Empirea still hangs over in then shape of reborn pan-orthodox Russia and the strong mace of the “Putin tsar”.
Next is  Poland, but the clouds among we are flying are white, not black, like in the movie after Henryk Sienkiewicz’s trilogy. He will gain Nobel Prize in literature, in 1905, for “remarkable merits as epic writer”. Of course, at least as good as the three novels: “Through fire and sword”, “The cataclysm” and “Pan Wolodijowski”, is the great  “Quo Vadis”, who inspired de director Mervin LeRoy, to film it in 1951, with an outstanding cast: Robert Taylor, Deborah Kerr, Leo Glenn and Peter Ustinov. In the movie we can  see Sophia Loren, in a few secquences, as a slave, Elizabeth Taylor, as a Christian prisoner and Bud Spencer, as a pretorian guard.
I can not stop to think at the one who discovered the heliocentric theory, Nicolau Copernic, after centuire of “dark”, in which the centre of the Universe  was the Earth. We are not so special, as we would like, The Milky Way being a little galaxy among thousands of galaxies.Still it contains among 50 and 100 bilion  stars! That’s how small we seem compared to the Universe. Still so special because of that something which is life.
..................................................................................................................................................................


But  I thought traveled too far, so here I am over the Denmark’s fjords. Soren Kierrkegaard, the first existentialist philosopher said that “Life can only be understood backwards; but it must be lived forwards.” The philosopher is tortured by the paradox of the split between an anonymous God and the desperation of the person abandoned in a world where he has to be, but who rejectes him. The dilemma “Or/Else” ( Ente/Eller) has no solution, just the balance between a rafined hedonism and a great desperation.
Desperation which we can see in the movies of Lars Von Trier, who would made Soren proud of it, Melancholia, Antichrist and Nympho maniac. “ Something is rotten in Denmark... “
I hail from the sky the people who has 12 Nobel laureates, including two in literature. And do no forget the physician Niels Bohr, who unveiled the secret of huge power of the atom.
J. Robert Oppenheimer, the father of atomic bomb, quoting from Bhagavad Gîta, said: “If the radiance of a thousand suns were to burst at once into the sky, that would be like the splendour of the mighty one. Now I am become Death, the destroyer of worlds”
Here it is how guided by an universal conscience, or maybe inspired by something hidden, people make discoveries which take them one stop too far to autodestroy. Maybe we are the only suicidal species.
And the plane flies over the geysers of Iceland, I hear in the speakers the song of Bjork, the noncomformist musican -  “Oh, is so quiet!”. Beyond the engines noise, the silence of the stratosphere and the voi acoustics. Acoustic in a redundant way, because sounds doesn’t spread in void. 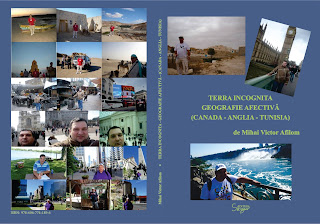 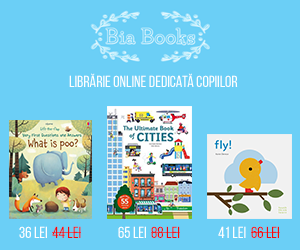